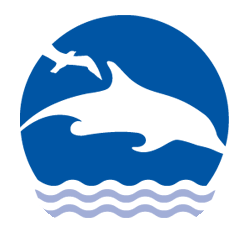 In September of 2014, Hurricane Odile brought strong surf and wind to Baja California Sur. While the storm caused some damage (see the latest on the rapid storm recovery), one of the unexpected surprises was the unveiling of a long-lost shipwreck near El Arco, the famous arch at Land’s End in Cabo San Lucas. Don Hirchaut, our company president, and Oscar Ortiz of Cabo Expedtions are good friends and avid divers. The two headed out for a day of scuba diving and witnessed the newly uncovered shipwreck early in October 2014 after shifting sands revealed the dramatic wreckage spread about a large area on the ocean floor.  Don says, “we were out diving to see what sort of changes had occurred on the sea floor as a result of the hurricane. We both just happened to stumble on the striking sight of the ill-fated vessel together. It was a complete surprise for both of us to see it uncovered!” The cargo ship Lundenberg sank off the coast of Cabo San Lucas in 1954 with a load of gypsum plaster it was transporting from San Marcos Island in the Sea of Cortez near Santa Rosalia. The shipwreck had been covered for decades, but now Don and Oscar look forward to the possibility of a new artificial reef and a great diving spot. For information on diving tours, visit Cabo Expedtions.

See more photos of the shipwreck:

Sharing the latest information about Cabo San Lucas travel, events, and fun from the CaboVillas.com team. For over 35 years, our team has specialized in Los Cabos, Mexico travel representing over 120 private vacation rentals in Cabo and 50 beachfront resorts. In addition to our outstanding accommodations and villa rentals, we offer an exceptional level of personalized guest service. To start planning your Los Cabos vacation, contact our reservations team at 1-866-434-9008

Congratulations to our very own President Julie By

Relax on your pool terrace as you take in the stun

Ready for your #luxury getaway in Cabo San Lucas?

With a legendary reputation as one of the world’

“From the second my brothers and closest friends

From the months of December through April, migrati

With a great location in Cabo San Lucas walking di

You can stroll right to the heart of Cabo’s down

A family-friendly getaway just a short stroll to a

Happy New Year from our family to yours! 🥳 ~ Ca

Relax in luxury at Villa Bella Vida, offering a st

Winter Flash Sale: Are you ready to plan that long

Ideally situated in the private and securely gated

Warmest holiday greetings from our family to yours